Give Said the Little Stream 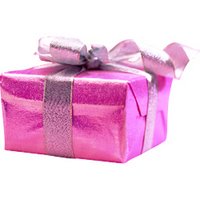 Last week while I was driving to our new condo to clean, I saw something that was life changing for me. I was driving along University Avenue in Provo. For those of you who have driven down this road, I'm sure you have seen one of the homeless people walking along the sidewalk. I use to work quite far down University Avenue and I saw the same person walking on the side of the road with bags and bags of their personal belongings. It was usually on my way home.

As I was driving to my new place, I was very preoccupied by everything I still had to get done for the big move. I was stopped at a red light. I looked over to the sidewalk and saw a homeless man standing at a bus stop. He had set all of his bags down on the ground and was standing there as if he was waiting for something. At first, I didn't think much of this and just thought he was waiting for the bus. But a few seconds later, an older red Corolla drove up and parked right next to the man standing on the side of the street. The homeless man walked up to the car and the driver of the car rolled down his window. He handed the man on the street a bag from McDonald's. The driver reached out once more to the homeless gentleman and gave him some money. It looked like they had a few words and that was it. The driver drove away and that was about the time the light turned green for me.

I pushed the gas pedal with very different thoughts in my mind then when I had braked for the red light. From what I could tell, it looked like this was a regular occurrence. It seemed to me that the homeless man and the driver had some type of arrangement and that this was something that happened on a daily basis. It looked so routine.

Now, I have no idea what the situation is like for either man. All I know is that I saw a great act of service and that it really made me stop and think about my life. Here I was worried about how I was going to decorate my new spacious dwelling and sadly, I hadn't even stopped to think about those less fortunate. I was embarrassed and ashamed.

Sometimes I try to justify how our society treats the homeless because I think, "Hey, go get a job!" How hard can it be?"

After seeing what I saw last Thursday afternoon, I no longer think that way. Does it really matter how they got in that situation? Is it really my place to judge? I don't think so.

I admire the driver. He didn't seem like he was rolling in the dough either. I wonder how the daily drop off came to be? All I know is that I am going to try much harder to look for ways to serve others.

I have been thinking about this quite a bit and homeless people are not the only ones who need help. Our friends, family, or even people we run into at the grocery store all deserve to be served. It means so much to me when someone holds the door open at the mall so I can push Sadie's stroller in much easier than if I had tried to hold the door open myself. Little acts of kindness like that are easy for the giver but mean so much to the receiver.

Just something for ya'll to think about...

P.S. While I was looking for an image to go along with this post I found this quote, "How we give is much more important than how much we give."

I have thought about this a lot lately, too. There are a lot of things in my life I need to be doing, but the biggest thing I can think of is to serve.

Thanks again for reminding me!